I'm attracted by a figurative expression that I work with through photography, painting and drawing. I often use my own photographs as inspiration for my paintings and drawings.

I work out of events and social topic that touches me.

Natural and urban environment are subjects in my work.

Raised in Cologne/Germany with childhoodsummers in Northern Germany and Denmark have formed the need to move me between city and nature surroundings. This influences my visual work.

Course in landscape painitng at the adult education center Husum,

Group exhibtion with OKK at Albin Up gallery, Oslo, Norway

Exhibition in Dælenenggata during Oslo Open

Artists in Dælenenggata during Oslo Open

Artists in Dælenenggata during Oslo Open

Exhibition with Marianne Fjær and Liv Ulveng during Oslo Open

"The Story of the Creative", New York, USA

several exhibitions at Steinbruddet - meetingplace for art and

DROP ME A LINE 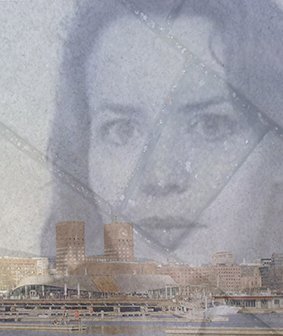 I was born and grew up in Germany.

I participate regularly in exhibitions of the group "Künstler ohne Grenzen" in Germany.

Bronzemedale for the painting "From Iceland", Expo International Casa

Contributed with photo to the singlecover: "Paper Sunflowers"  Luca

Contributed with digitale photos to the " The Appartjik Light Space

Book publication "Far away - yet close" Poems in 3 languages,book

with photos and poems, Norwegian, German and English, Books on